RANK DOES NOT BESTOW PRIVILEGE, IT IMPOSES RESPONSIBILITY

This shows the lineage of the Pinkham family from the glove makers William and Rebecca who founded the glove making business their forefathers, their children and their grandchildren. A line that stretches from 1805 to the latter part of the twentieth century and now beyond. 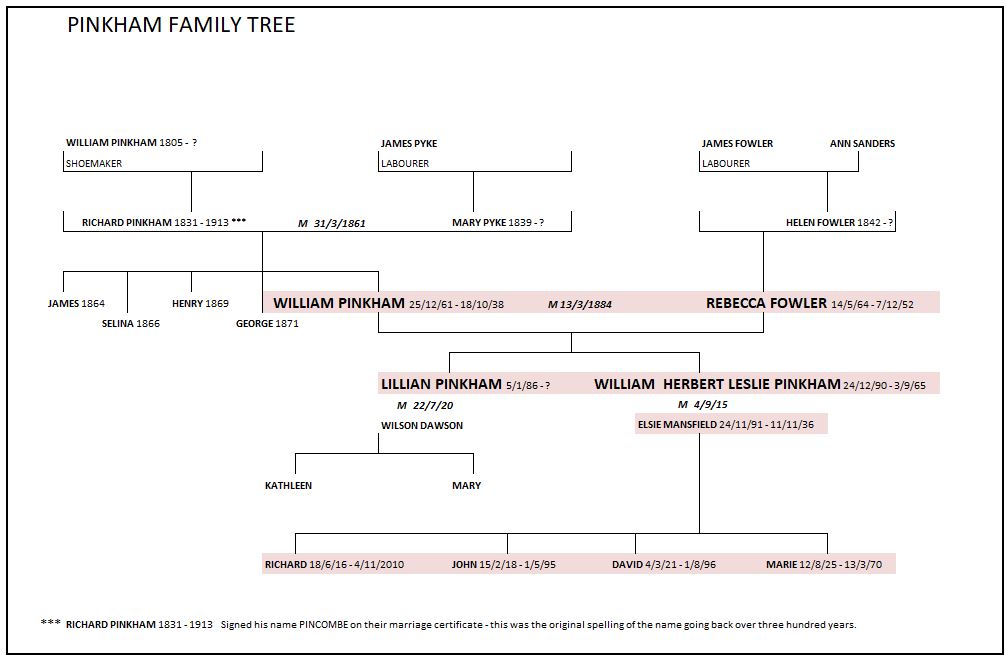 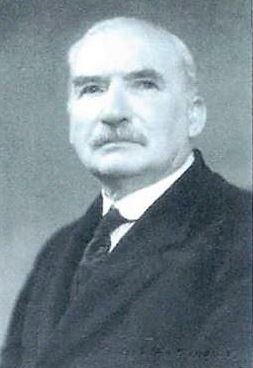 At the age of twelve in 1873 William became an apprentice in a chamois leather glove factory in Great Torrinington in Devon. In 1901 the family moved to Witham where he was employed as a political agent for the Liberal Party before starting his glove business.

In 1884 Rebecca Fowler,  at the age of twenty married William and having moved to Witham they started their own glove making business, William cutting the gloves by hand and Rebecca sewing them on a treadle machine.

Speaking in December 1949 at a Company dinner attended by seventy people celebrating the 50th anniversary of the founding of the business, at the age of eighty five Rebecca said "I started all alone and then I had one girl. Soon I had four or five to teach. I used to work until twelve or one o'clock righting their mistakes. It was uphill work. Our motto has always been: 'Put your best into what you do and everything will come right in the end.' I pray God to give my son the health and strength to pass on his success to his children" 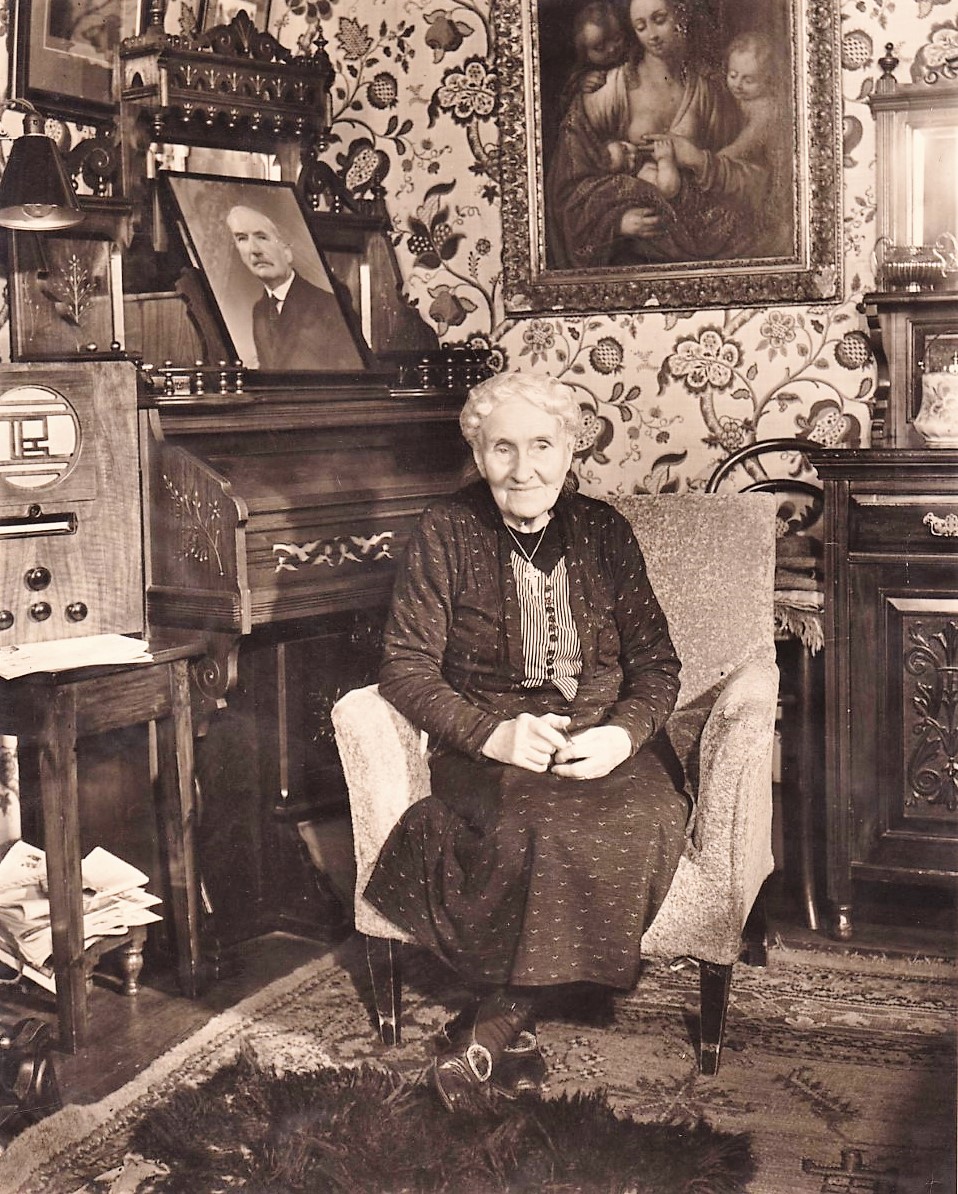 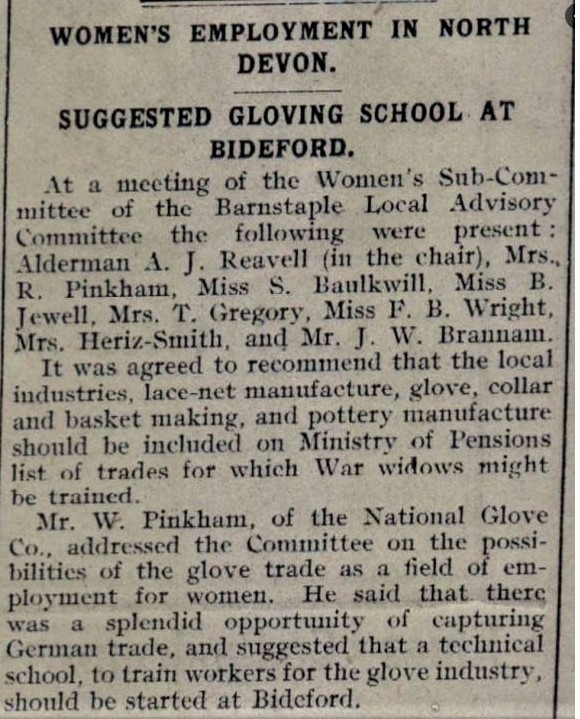 From the very early years of starting their business William and Rebecca always had the welfare and interests of their staff at heart. This newspaper article records a meeting that took place just after the end of the First World War in 1918 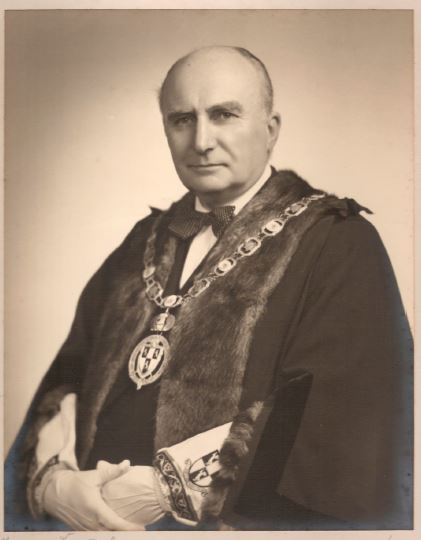 This picture was taken in 1950 when Leslie was Master of the Worshipful Company of Glovers of London.

This picture was taken in 1920 and shows Leslie and his sister Lilian at a glove exhibition showing off gloves made by The National Glove Company as it was then known. Lilian worked in the company until her marriage to Wilson Dawson in 1920 when she left to move to Scotland. 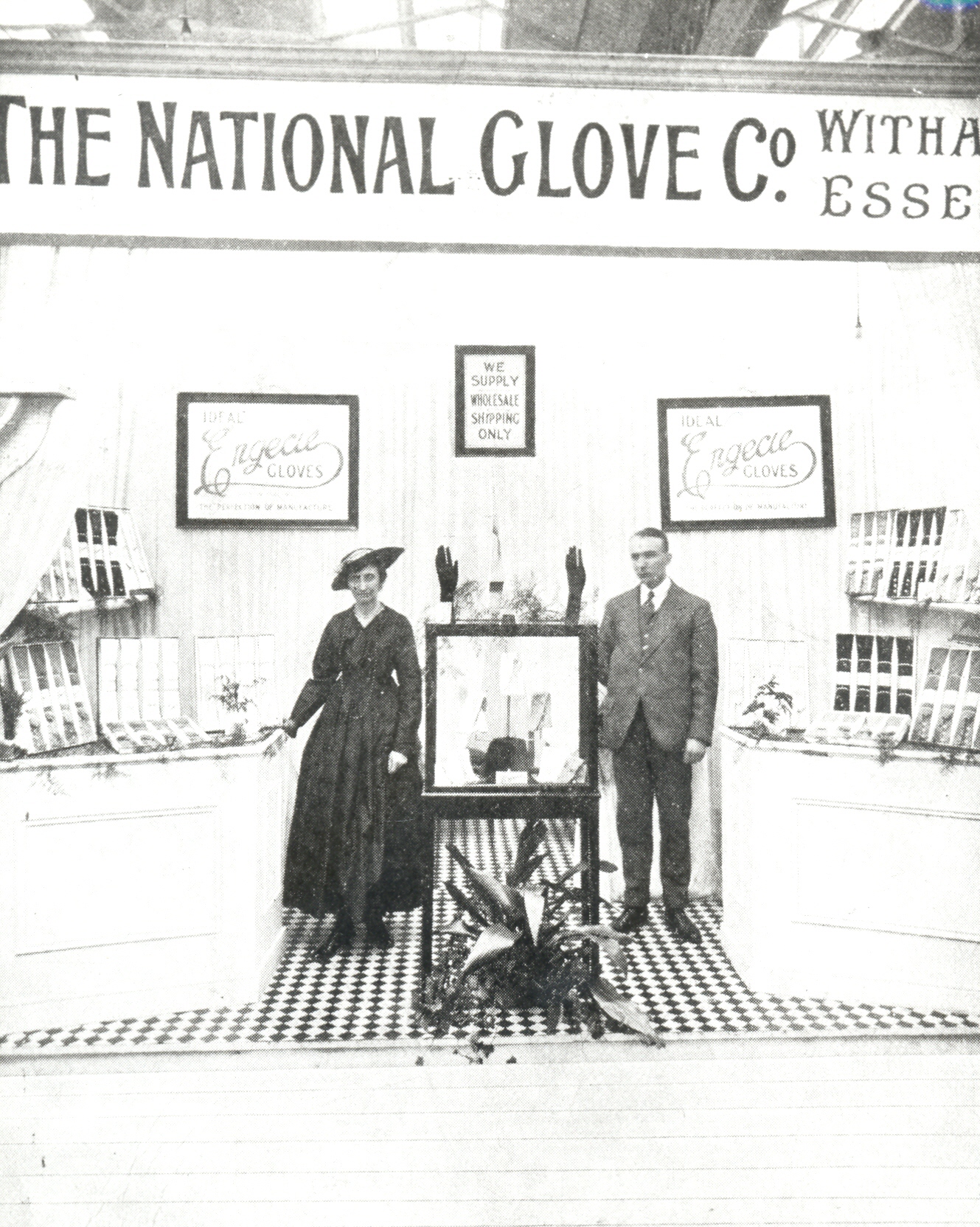 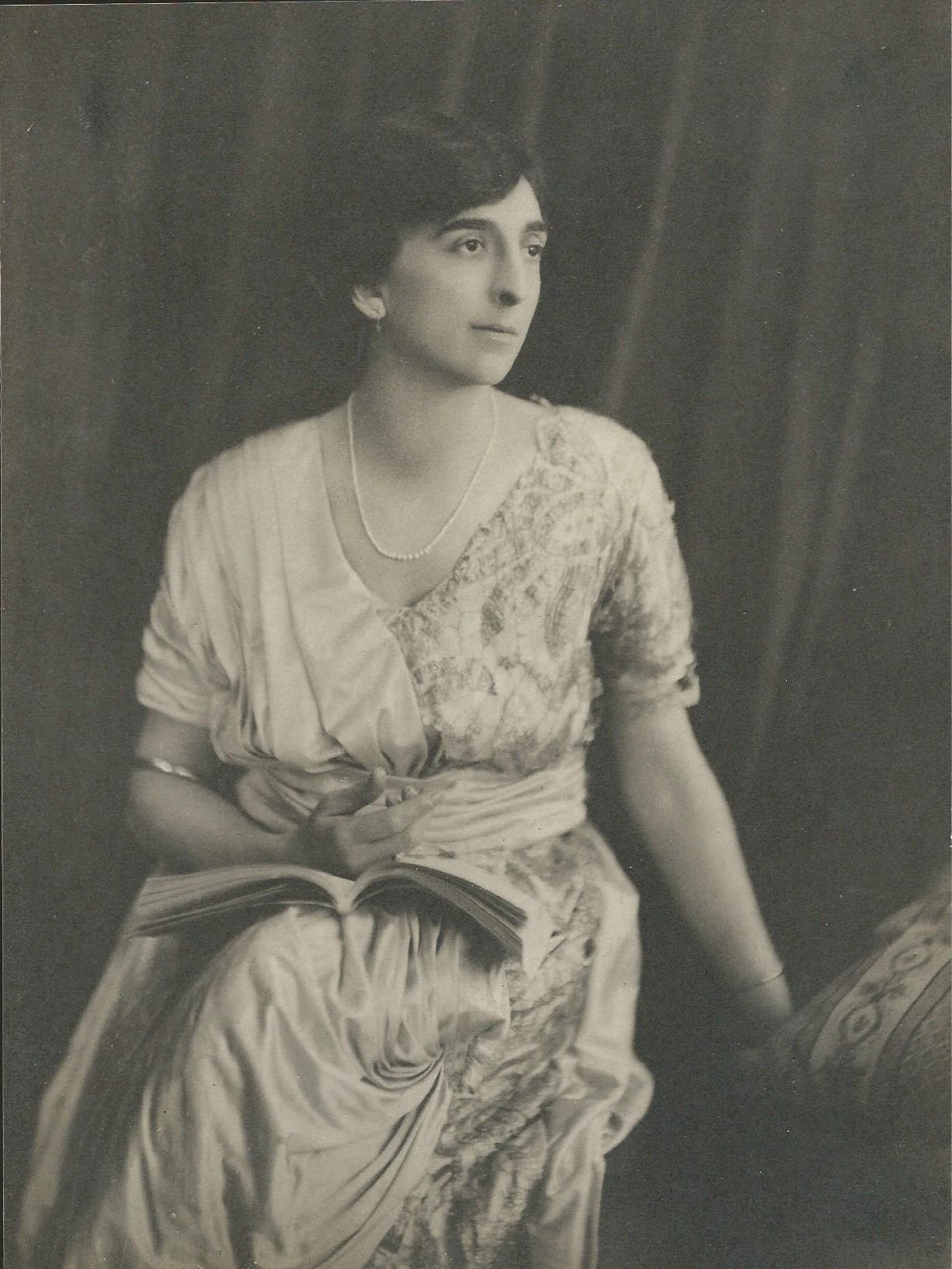 Leslie Pinkham married Elsie Mansfield in 1915 and they had four children Richard, John, David and Marie. All three boys worked in the company after their military service during World War two.

Seen here on their wedding day Leslie and Elsie Pinkham.
They were married at St. Nicholas Church in Great Yarmouth in Norfolk - Elsie's home town. 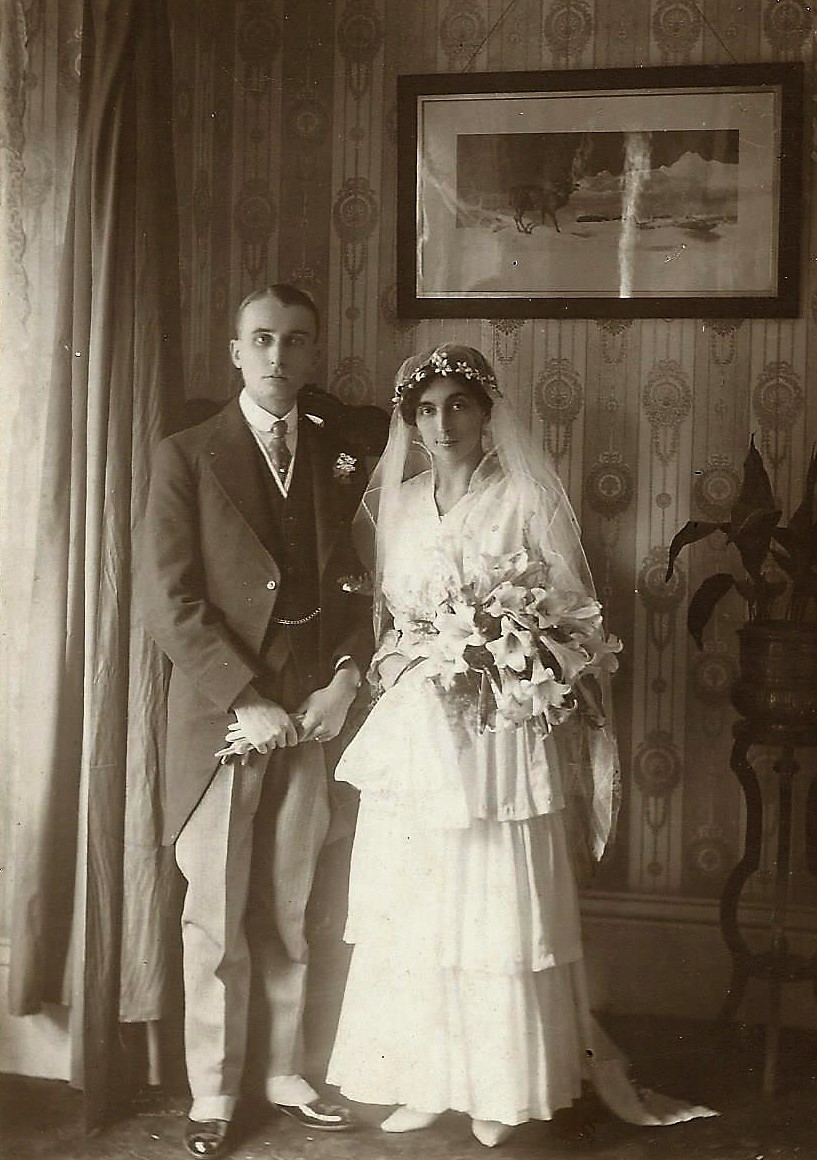 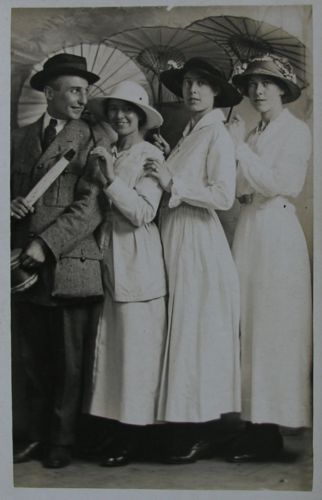 Leslie was never happier than when he was on the stage. Seen here probably on the stage of The Public Hall in Witham in 1920 with Minnie Ottley, Nellie Haygreen and Nancy Stoneham all of whom worked for the company.

Here in 1921 Leslie is amongst the company of the Witham Operatic Society in a production of Gilbert and Sullivan's opera HMS Pinafore at the Public Hall in Colllingwood Road Witham. 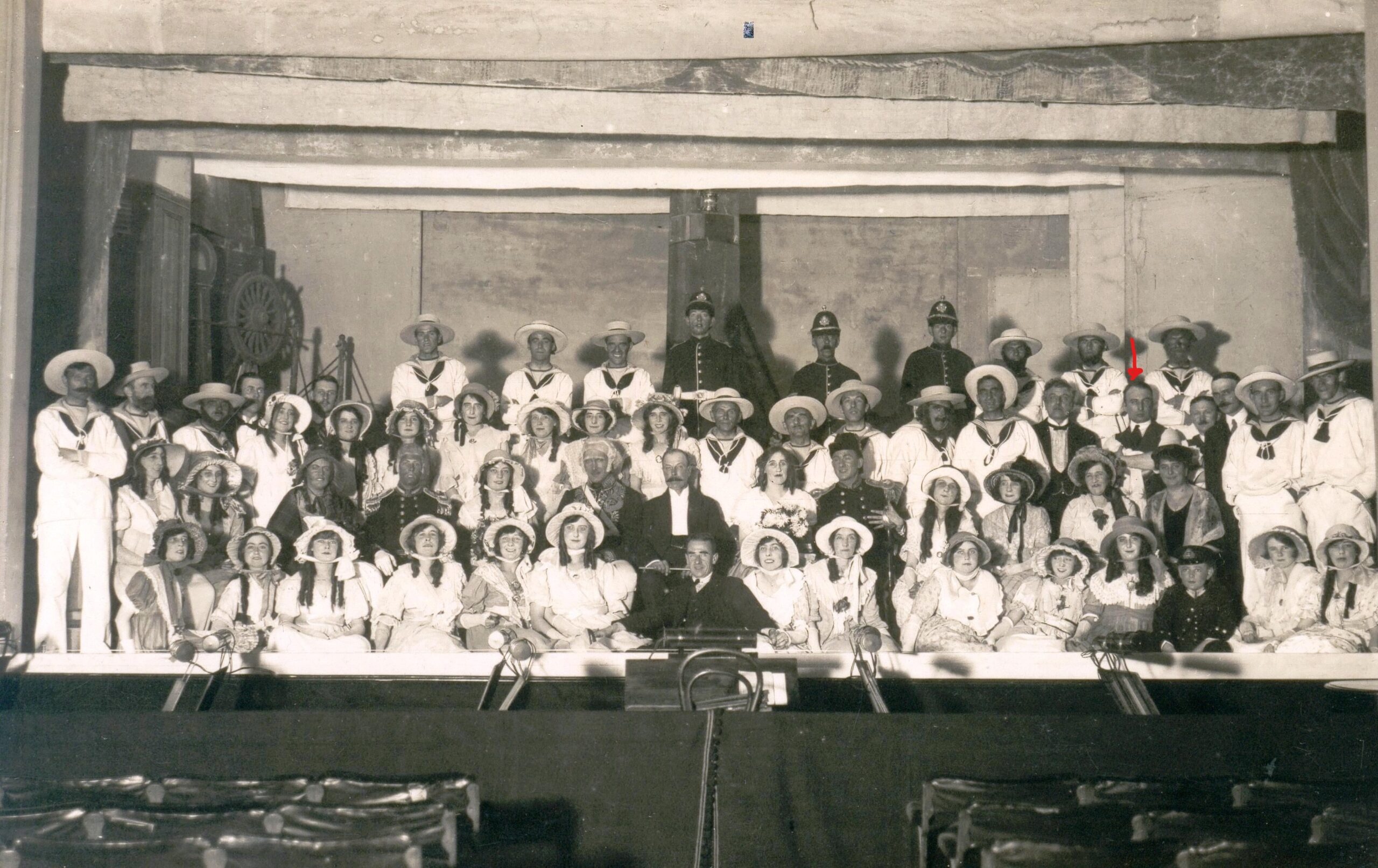 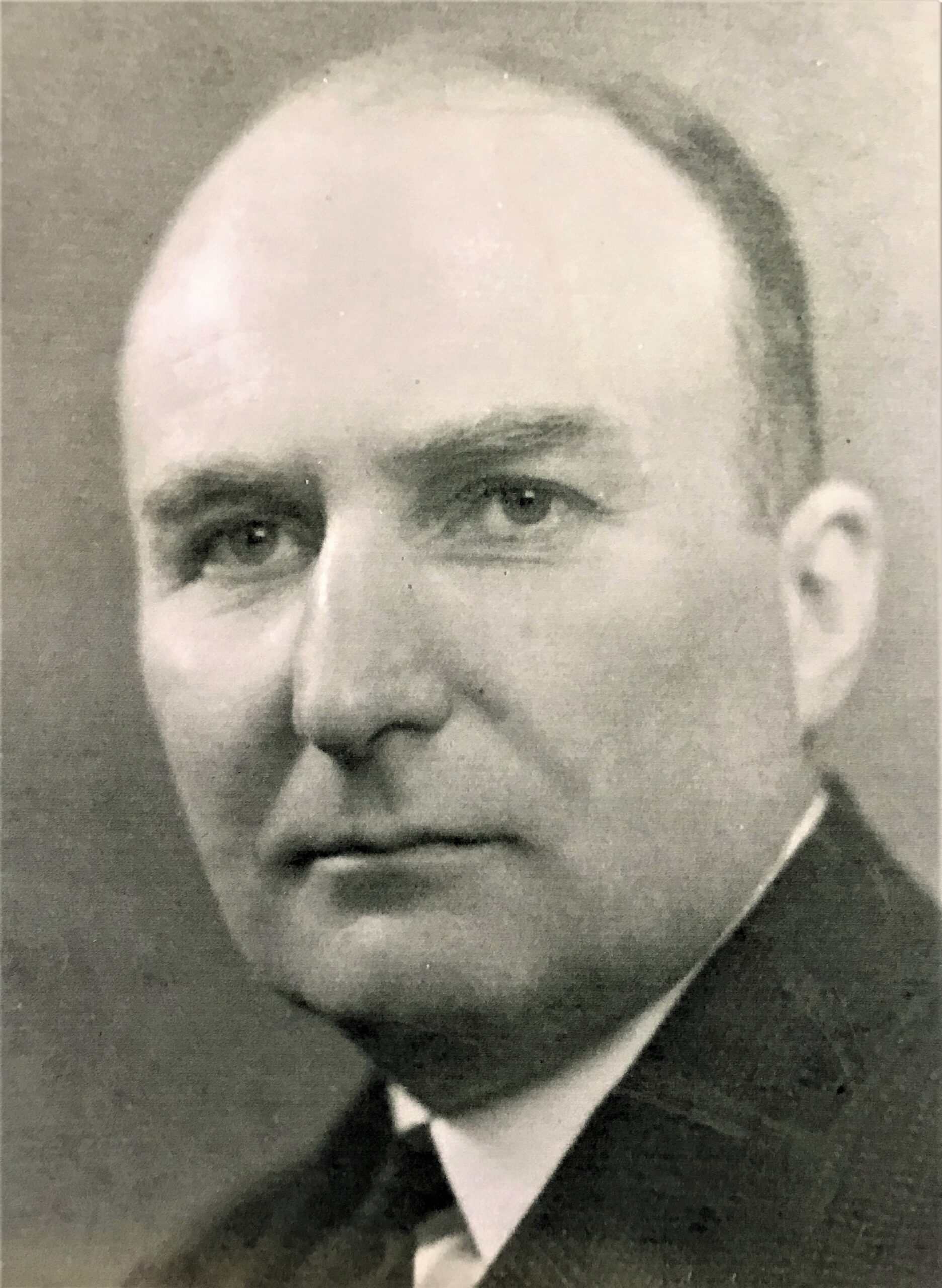 Pictured here in 1933 when the business re-emerged following bankruptcy in 1927. Leslie and his father William 'took off their coats rolled up their sleeves' and started again.

Seen here in 1938 when he became Managing Director following William's death at the age of 76. 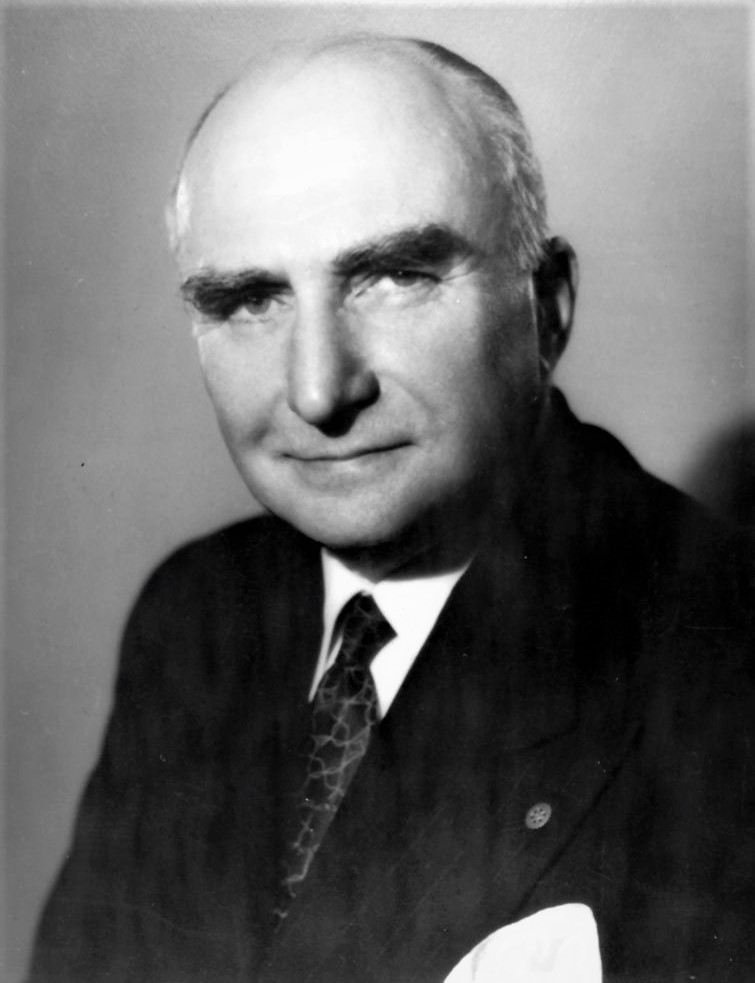 MUTUAL RESPECT IS THE FOUNDATION OF GENUINE HARMONY

This beautiful art deco barometer was a gift to Leslie Pinkham in 1949 to mark the fiftieth anniversary of the beginning of the company. Leslie and his parents William and Rebecca always had the welfare of the staff at heart and this present, from the employees, symbolises the respect and love that they had for him. In 1949 post-war Britain was still in the grip of austerity and this would have been an expensive gift at a time when, for most working families money was tight.

In 2015 the barometer was found in South Essex by Ashley Smith who contacted Nick Pinkham and with his determination the barometer found its way back to the bosom of the family. Many thanks to Ashley, it is now a much prized addition to the story of The Pinkham Glove Company.

This picture was taken in 1962 outside Leslie's house which was called Temples and was just a few hundred yards from the Witham factories in Chipping Hill. 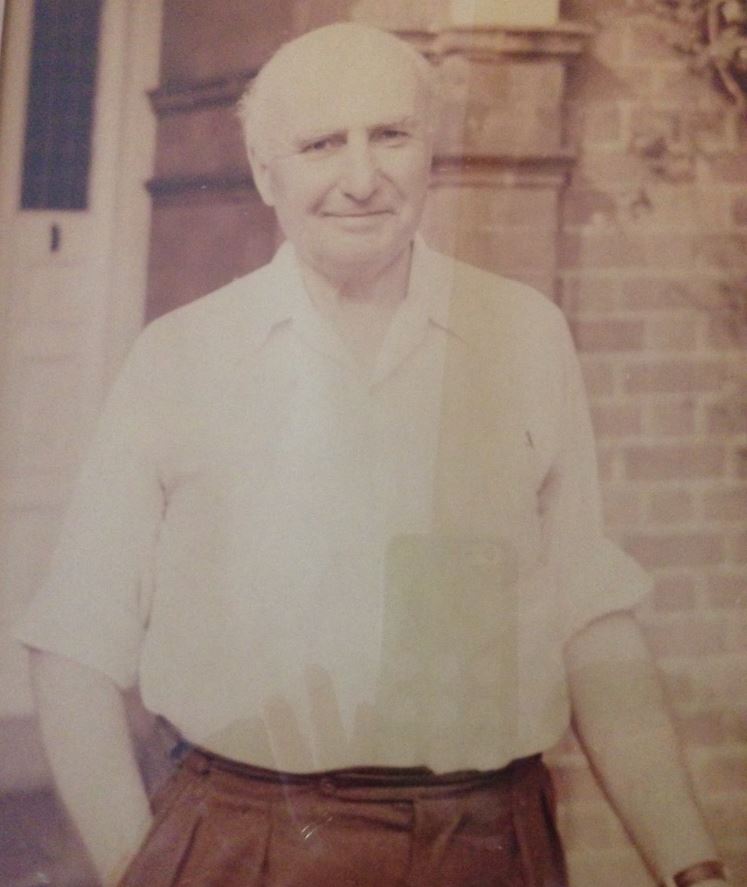 Seen here in 1924 on the steps of The Drapers Record newspaper offices in London, Richard and John Pinkham aged seven and five are showing off Engecie gloves made by The National Glove Company in Witham. The photograph was used as the front cover an issue of The Drapers Record. 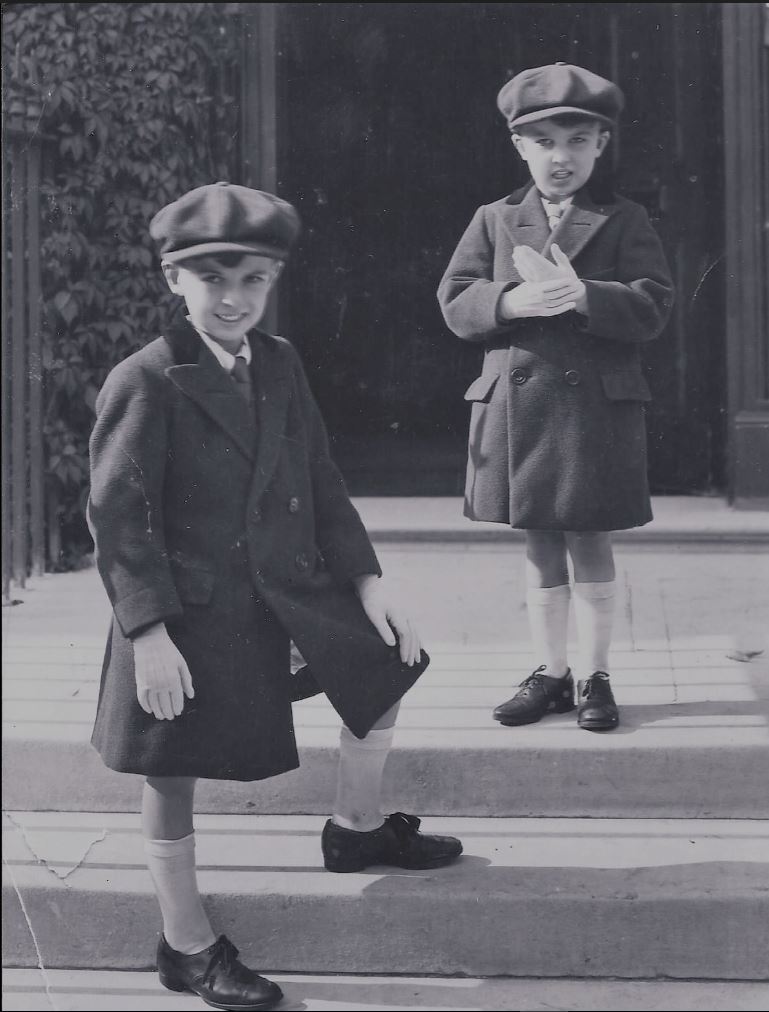 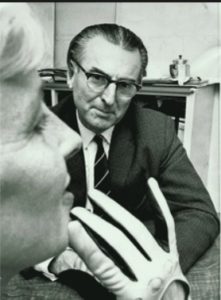 In the 1950s Richard Pinkham seen here was involved with the manufacturing part of the company. Quite a contrast to his wartime service as an RAF pilot.

Seen here in 1950, from joining the company in 1945 John concentrated on sales and travelled extensively in Europe and America growing the company's export business. 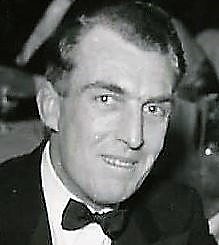 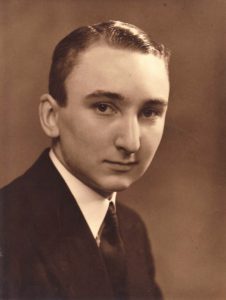 Aged fifteen in 1936 just after his mother's death.

Although Marie did not work in the company she was the apple of her father's eye and after the death of her mother Elsie in 1936 she was always at her father's side until going to complete her education in a convent in Tildonk in Belgium. 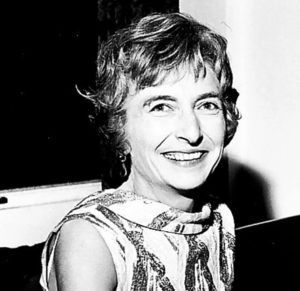 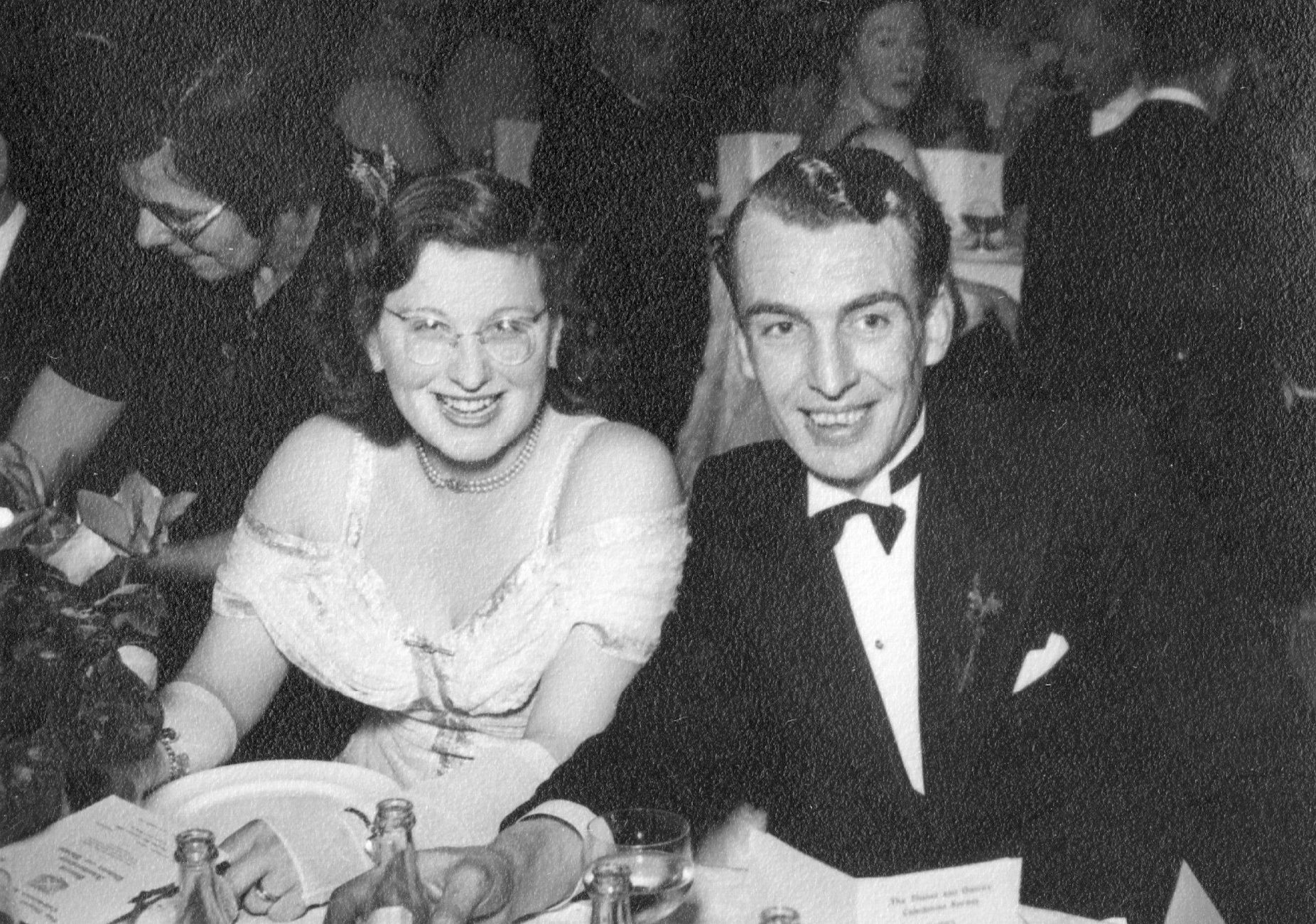 1945 was a busy year for John Pinkham. On his return from military service in Italy he was demobbed from the army,  joined the glove business and married his wartime sweetheart Mary Blake. They are seen here at an industry function shortly after their wedding.

IT'S ALL ABOUT THE QUALITY

Richard and John examining gloves in the 1960s. Notice the white coats? It was very much the 'uniform of the day' for managers in the company. 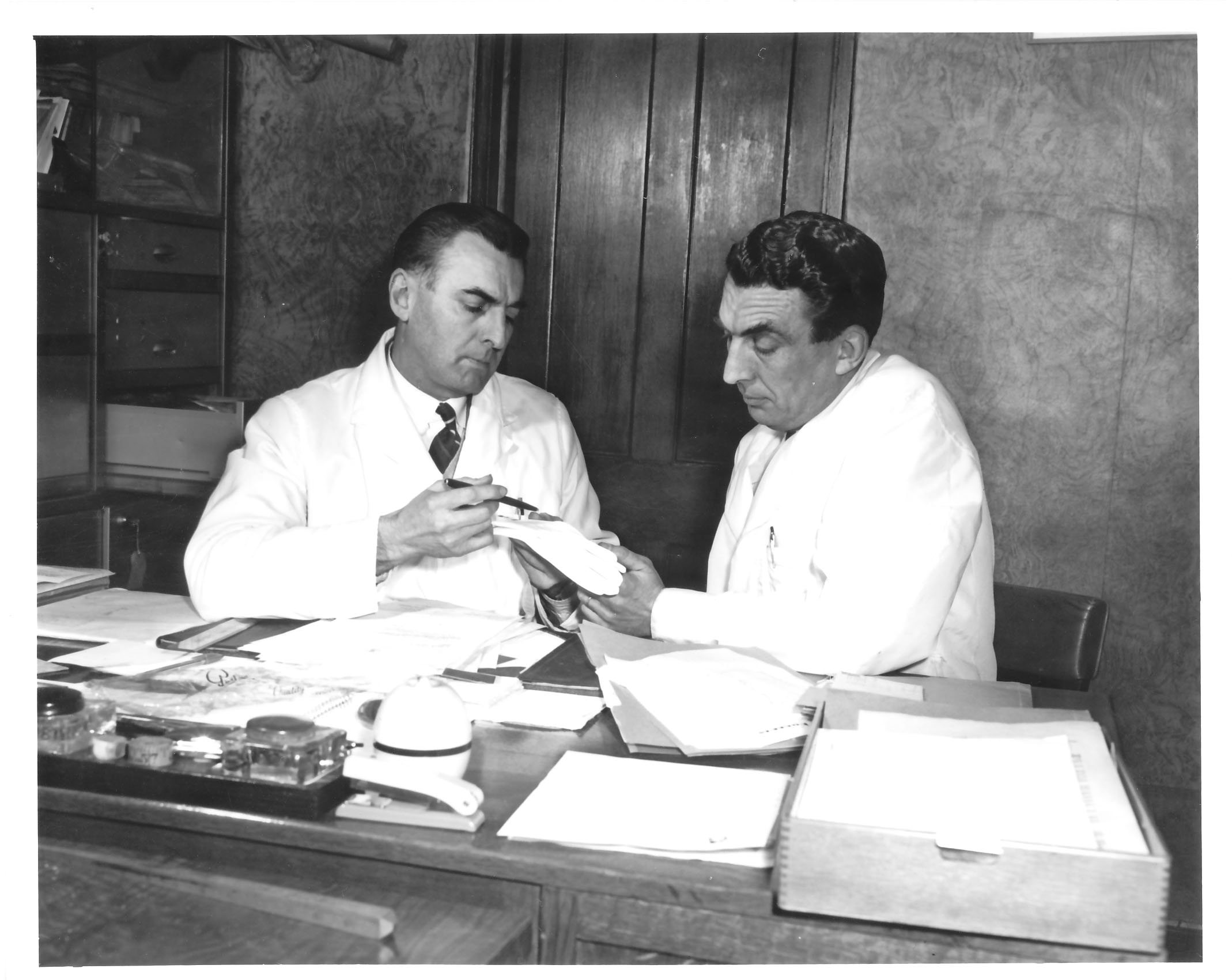 Curly was the beloved dog owned by William and Rebecca. This image of Curly was taken from the photograph of the Witham factory outing to Clacton in 1913.

....members of the family who are not mentioned here and who are no longer with us: